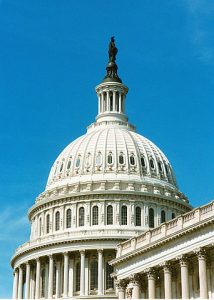 The Senate vote, held Friday, was 81 for and 13 against the override. The House voted 322 for and 87 against Monday. This was the first of Trump’s nine vetoes to meet with congressional disapproval.

Among Alabama’s senators and representatives, only Rep. Gary Palmer, R-6, voted against the override.

In his veto message, Trump disputed the bill’s removal of the names of Confederate generals from American military bases, calling that a move to “wash away history.” He also faulted the bill for ignoring his call for an end to liability protections for tech companies under Section 230 of the Communications Decency Act, among other objections.

Sen. Jim Inhofe, R-Okla., said “We have kids that are overseas, and they deserve the pay that … would be increased when this bill is passed. Right now, we have critical areas like pilots and engineers, doctors, that are in short supply” because of the pandemic.

Sen. Richard Durbin, D-Ill., said the bill “does get tough on China. It creates a new Pacific Deterrence Initiative that puts America back in the seat of leadership in that region … . the administration could have started this initiative on its own, but it did not, so Congress stepped up … because the White House was asleep at the wheel.”

Rep. Adam Smith, D-Wash., said it is “enormously important to give our troops the support that they need to carry out the job that we all are asking them to do. That is … one of our minimum obligations as members of Congress.”

No senator or House member spoke in support of the veto.

A yes vote was to rebuke Trump and enact the military budget.

Not voting: Sen. Doug Jones, D-Ala. (Jones is in quarantine after his wife tested positive for the coronavirus.)

Voting 275 for and 134 against, the House on Dec. 28 passed a bill (HR 9051) that would increase the latest round of COVID-19 stimulus payments from $600 to $2,000 for individuals and from $1,200 to $4,000 for couples, plus $600 per child. Under both this bill and a $900 billion coronavirus relief package recently enacted into law, individuals with 2019 adjusted gross incomes up to $75,000 and couples jointly earning up to $150,000 would be eligible for full payments. Individuals earning between $75,000 and $87,000 and couples in the $150,000-to-$174,000 range would receive gradually reduced sums. Full payments also would go to seniors receiving income only from Social Security, railroad retirees and veterans dependent on disability payments. The bill would add $464 billion to the cost of the previously enacted $900 billion package.

Speaker Nancy Pelosi, D-Calif., said: “The Republicans have a choice – vote for this legislation or vote to deny the American people the bigger paychecks they need. To reject this would be a denial of the economic challenges that people are facing.”

Glenn Grothman, R-Wis., said: “Last time, when we sent out $1,200 checks, I stopped by my local Walmart, and the people in charge of the electronics section said they had never seen such sales in their life. Is that really going to improve the lot of Americans, to go over and buy some more electronic junk from China?”

A yes vote was to send the bill to the Senate, where it was blocked by Majority Leader Mitch McConnell, R-Ky.

BirminghamWatch, through the Alabama Initiative for Independent Journalism, joins again with nonprofit newsrooms across the country in the NewsMatch campaign. Thanks to this collaborative fundraising campaign to support nonprofit news, the largest such campaign in the country, any donor can increase the value of their gift between now and Dec. 31.

“Gifts to BirminghamWatch can be doubled, tripled or even quadrupled,” said AIIJ Board President Emily Rushing in announcing the campaign. “National foundations are matching individual gifts up to $1,000 per person.”

BirminghamWatch also qualifies for additional matches, thanks to a challenge grant by a local supporter and a special match from a foundation focused on newsrooms that uphold democracy through coverage of elections, voting rights and local and statewide government. BirminghamWatch is one of a select group of newsrooms chosen for this additional match, according to INN officials.

“The continued operations of BirminghamWatch depend on investments by individuals and foundations who share our commitment to high-quality, non-partisan, nonprofit journalism,” Rushing added. “This has been true since we published our first reports in 2015.

“Looking to 2023, we are refocusing our efforts on key issues in Birmingham and Jefferson County. All gifts and matching funds will support journalism that serves as a watchdog on government and other powerful institutions, highlights significant issues and uncovers solutions as well as problems, as together we seek to build a better Birmingham and Alabama.”

Since 2016, the NewsMatch campaign has helped raise more than $223 million to jumpstart emerging newsrooms and support independent media outlets that produce fact-based, nonpartisan news and information. The campaign benefits qualified members of the Institute for Nonprofit News, a membership organization that serves more than 400 independent news organizations across the country.