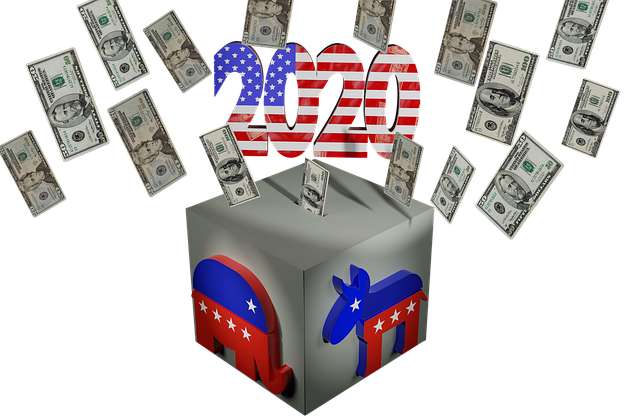 Image by conolan from Pixabay

Jeff Sessions has collected almost a half million dollars in contributions in 2020 as he campaigns to reclaim the U.S. Senate seat he held for two decades before resigning to become U.S. attorney general.

Reports filed Thursday with the Federal Elections Commission showed Sessions with net contributions of $446,866 from Jan. 1 to Feb. 12, far outdistancing six opponents in the March 3 Republican primary for the Senate.

Democrat Doug Jones, the incumbent who is unopposed for the Democratic nomination, led all candidates with contributions of $2.43 million during the first 43 days of this year.

Sessions reported net contributions of $877,457 since the campaign began last year. He has spent $1.10 million through Feb. 12 and reported a cash balance of $1.9 million. He entered the Senate race last year with $2.48 million left over from previous campaigns.

Tommy Tuberville, the former Auburn University football coach, reported net contributions of $173,266 from Jan. 1 to Feb. 12, raising his total for the campaign to $1.5 million, in addition to a $1 million loan from himself last year. The campaign listed expenditures of $587,814 this year and $1.39 million overall, leaving $1.11 million in cash.

U.S. Rep. Bradley Byrne of Fairhope reported net contributions of $119,896 so far this year and a total of $1.20 million for the election cycle. His total overall receipts since the election cycle began last year, including money left over from previous campaigns for the House of Representatives, amounted to $3.47 million. Byrne spent $741,701 during Jan. 1 through Feb. 12 and $1.89 million overall. He ended the reporting period with an account balance of $1.57 million.

Haleyville businessman Stanley Adair has been almost entirely self-funded. He reported no contributions and operating expenses of $498 since the start of 2020. He has raised $283,398 and spent $283,760 since the campaign began last year and has a balance of $881.

The other GOP candidate, Ruth Page Nelson of Dothan, has reported no financial activity.